SLIDING into the millennium


Appendix A: the Lighting. Bandai PG Falcon stand mount. The Astromech Droids of VI: Conclusion and Useful Links. De Agostini Millennium Falcon Upgrades. How did you paint your Millennium Falcon?

What is Canon in Star Wars? He's kindly let me post some of his graphics here. The ramp in down position. Note the flip-out foot at the very bottom, in magenta. The ramp in its up position. Note that the foot would have to flip back inwards. Now to change topics. Since the interior ramp set is too big to make any sense relative to the saucer, you have to make a lot of compromises when making models of the ship.

Having the ramp corridor size not match the cockpit interior size is one such typical compromise. The hinge point is not at the top of the ramp, where the ramp floor putatively meets the ring corridor. This is clearly seen on the blueprints and also the scene below. The exterior set's ramp was always photographed at an angle in the first movie, so the top of the ramp is never seen in the film. There was a interview with Alec Guinness on the Death Star Docking Bay set which shows the top of the ramp, but only the edge. It appears to be unfinished, but it's hard to tell. The ANH interior set, however, corresponds to a curved section of corridor.

The hall at this point should, therefore, be a toroid a doughnut and not a cylinder. The Bespin arrival scene is the only time in the film that this piece of corridor is visible. And even then it's mostly obscured by humans, a Wookiee, and a droid. Here's the split second view you get of it! Note the circular wall sconce light, of the type which first appeared in ESB.

They look flatter. A lot of model makers have made very weird and imaginative doors for the end of the boarding ramp, which strikes me as odd since the door is clearly shown in the very first movie!


Admittedly for just a fraction of a second — one of the great things about Star Wars is that Lucas never let the camera linger pointlessly on the sets. He just shot the whole thing like a documentary, as if spaceship bulkhead doors slamming down were just regular things that everybody's seen before.

The end of the ramp has a heavy curved door that comes down to cut off the corridor from the outside, which makes a certain degree of sense since it would function as an airlock. The curvature of the door matches the curvature of the corridor itself. Han is shown pressing a button to release the door, but it looks like the actual set may simply have had a gravity-operated door that was winched up by hand, and then just allowed to slide rapidly down. In Harrison Ford grumpily remarked on this door, saying that it was operated by pulleys, though how authoritative this chat show comment is, who knows?

However, you don't really get to see a good view of it in Empire. The following two screenshots are the sum total of the door's appearance in the first sequel. Fortunately, one of the unused outtakes from ROTJ has a much clearer view, showing the new details. P erhaps more weirdly, this shot also shows the curved panel of greeblies and switches that ran to the right of the door is replaced in this scene with three wall cushions! 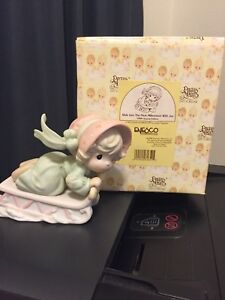 And, no, this isn't the doorway that leads to the cockpit, which has those three wall cushions as well - it's exactly the doorway where the ramp should be. It even has boring, flat, lighting. Oh well. It reveals that the door was operable, and that the cockpit-side ramp wall was either missing or movable. These photos are also interesting in that they're the only views of the Falcon corridor looking towards the cockpit that I've ever seen.

The replica was modelled after the original ANH door, with some additional hoses and cables for decoration. At least the door operating controls are back!

A world-class arts centre and an icon for Cardiff

This infamous door also had enormous ramifications on the production of TFA itself. It was a heavy mechanism, apparently hydraulic, capable of going upwards as well as down. And it was controlled by an off-set operator. Unfortunately, it was closed inadvertently while Harrison Ford was walking the set at Pinewood Studios prior to filming, and the massive door ended up crushing him and breaking his leg.

Ironically, although it must have been pretty lousy for Ford himself to have been injured, the subsequent delays gave the production team more time to get sets, models, effects, and so on together. The outer surface of the door is never shown in the films.

This is the TFA door during construction — which is why it's not painted yet. Note how the exposed "metal" piston rods have recently been sprayed silver, with overspray covering the edges of the piston housings.

Finally, we get to the very end of the ramp — the foot that flips down at the tip of the ramp. In ANH there's clearly a fake hinge joining the foot. Though it doesn't actually make any sense since the foot appears to be too wide to flip back. It also just looks like a block of wood covered with dark grey rubber. In ESB the foot seems to be more narrow, and thus more flip-backable. However, it doesn't appear it was motorized.

In fact, I'm not sure how you really could.

When you first come upon the dials the time it displays is an older time given to the last person to visit. If no one has visited in a while, say, since 8 months and 3 days ago, it will show the time it was then. To save energy, the Clock will not move its dials unless they are turned, that is, powered, by a visitor. The Clock calculates the correct time, but will only display the correct time if you wind up its display wheel.

So yet another hand-turned wheel awaits your effort to update the face of time. This one is much easier to wind because the dial motion consumes less power than ringing bells. You start winding and the calendar wheels whirr until BING, it stops and it shows the current date and time.

So how does the Clock keep going if no one visits it for months, or years, or perhaps decades? If it is let to run down between visits, who would keep resetting it? The Clock is designed to run for 10, years even if no one ever visits although it would not display the correct time till someone visited. If there is no attention for long periods of time the Clock uses the energy captured by changes in the temperature between day and night on the mountain top above to power its time-keeping apparatus. In a place like a top of a mountain, this diurnal difference of tens of degrees in temperature is significant and thus powerful.

Thermal power has been used for small mantel clocks before, but it has not been done before at this scale. The differential power is transmitted to the interior of the Clock by long metal rods. As long as the sun shines and night comes, the Clock can keep time itself, without human help. If the sun shines through the clouds more often than expected, and if the nights are colder than usual, the extra power generated by this difference beyond what is ordinarily needed to nudge the pendulum will bleed over into the Clock weights.

That means that over time, in ideal conditions, the sun will actually wind up the chimes, and wind them up sufficiently for them to ring when no one is there. The rotating dials, gears, spinning governor, and internal slips of pins and slots within the Clock will be visible only if you bring your own light. The meager dot of light above is not sufficient to see much otherwise. Lights off, the Clock sits in near total darkness, talking to itself in slow clicks, for perhaps years at a time.

In the darkness you can hear things moving, crisp non-random pings, like a crude thought trying to form inside a dim unlit brain. The pendulum, which governs the timing of the Clock, is a 6-feet-long titanium assembly terminating with football-sized titanium weights.

It swings at a satisfyingly slow second period.